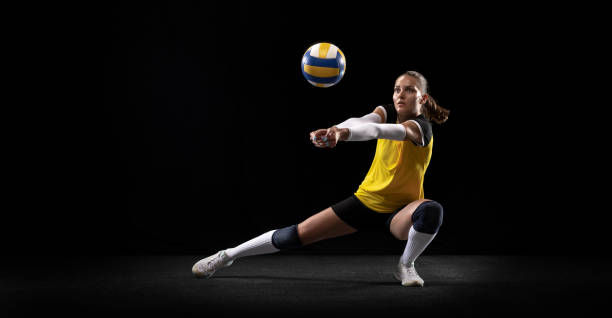 Rules of the Libero

The libero is a strictly defensive position that is found in the back row of a team’s layout. The libero can also only be replaced by the person that originally replaces them during the match.

More often than not, the libero is not seen as a starter. The libero will often take the position of a certain player before the game starts and that person is the only person that can replace the libero during the match. Liberos cannot complete a hit that is meant as an “attack”.

Role of the Libero

Due to the rules set for the libero, this position is essentially seen as the best defensive player on the team and is the safety blanket for the team if they can’t save an attack. This position isn’t required and the role of defensive specialist doesn’t have any actual rules attached to it.

So why would a team need a libero at all?

Using college volleyball as an example, coaches are only allowed 15 substitutions per set. Most substitutions will happen when a hitter is substituted for a defensive player who has made their way to the front of the row.

Most of the time, liberos are used in the rotation for middle blockers on the team. When someone from the middle rotates to the back row and the other middle player will enter the match for the libero.

Why Being a Libero is Important

The libero is often on the court for a majority of the match, much longer than any other position. It’s important that the person playing the libero is also playing the role of a great team player and leader. Libero needs to control the atmosphere and the energy during the match in order to keep a team’s morale high. An expressive libero will be able to see what a team’s strengths and weaknesses are and explain them to their teammates. This is a vital position for any volleyball team.

The libero should also encourage a team’s successes. Although this position can’t jump above the net and attack the ball, they should still display great energy when one of their teammate’s scores. Essentially, you want to be the player that everyone would pick to be on their team.

Get Real Volleyball Experience with RVC

While the libero is an important position in volleyball, at RVC we recognize every position as equally important to winning and improving. If you’ve been looking for a place to grow as a player, then RVC is here for you. We have an elite team of coaches and training programs that will bring you to the next level. Visit our contact page today if you have any questions or you’re ready to get started!

Happy Giving Tuesday! 💛 What ways can you be g

WE LOVE OUR RVC FAMILY! THANK YOU TO EVERYONE WHO

Be thankful for what you have now while continuing

When nothing exists but you and the ball. 🏐💥

Honoring all who served! 🙏 #VeteransDay #Veter

No matter if you play volleyball outdoors, indoors

Join a team that feels like family. 💛 #RVC #Re

SHOUTOUT TO CYL 12-BLACK!! they took the GOLD meta